While you design a new PCB, It is vital to carefully justify the choice of manufacturing materials. Teflon is one of the popular base materials that most manufacturers consider using to fabricate high-performance boards.

Let’s review what Teflon material actually is, the reasons for its use, and the scope of application and difference between Teflon and FR4 material.

What is Teflon Material? 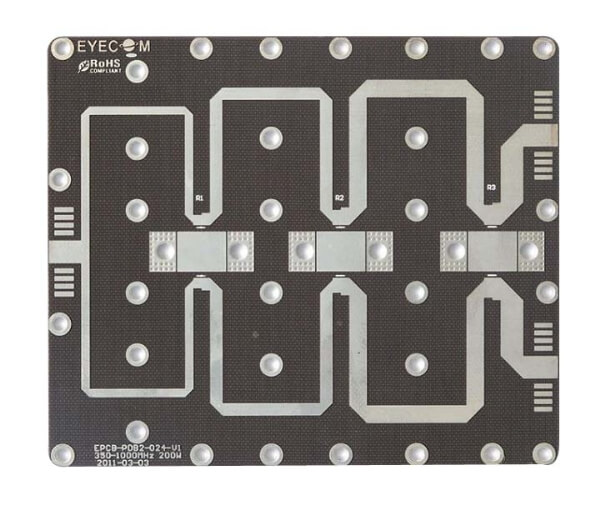 Polytetrafluoroethylene (PTFE), which is commonly known as Teflon, is a synthetic, high-molecular-weight polymer. Its molecules comprise carbon and fluorine atoms. Teflon is a hydrophobic, non-reactive, non-stick, solid substance that has a low coefficient of friction.

This plastic’s composition belongs to Chemours – an American chemical company that emerged from DuPont commercial organization. Teflon was originally discovered in 1938 and has become indeed widespread since that time.

Why Do We Use Teflon Material in PCB fabrication?

This question can be rephrased so it sounds like, “what are the benefits to your business from using Teflon material in PCB fabrication specifically?” This way, the reasons to use this material are the following:

You may see technical specifications for Rogers Teflon PCBs model RO6002 in the image below. 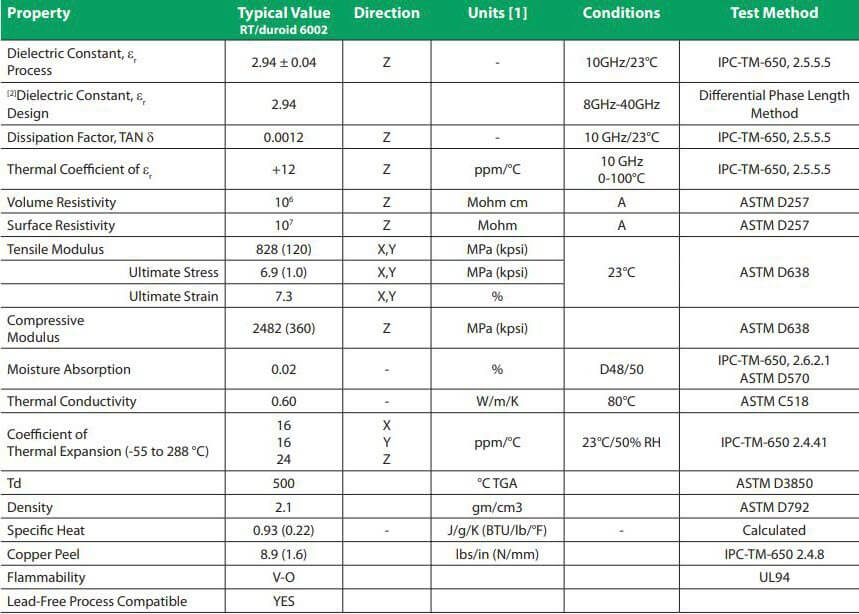 In simple words, Teflon PCBs can be characterized as high-performance, highly-reliable components that potentially suit many industries’ purposes.

Get A Quote Now Get Free Quotation for Teflon PCB

The scope of Telon PCBs’ applications is nearly unlimited. Still, there are spheres where such electronics are in a wider use than competitors that are grounded on other laminate materials. Common applications are the following:

It has been mentioned several times that Teflon PCBs are ideal for environments exposed to high-frequency radio waves. To be specific, these are electromagnetic waves between 3 and 30 megahertz. Moreover, very high frequency (VHF) signals can also be withstood by Teflon PCBs.

VHF electromagnetic waves are radioactive for human body tissues and can deteriorate signals transferred by most electronics. The good thing is that Teflon PCBs are among few that are not really affected by the electromagnetic field.

So, Teflon PCBs can be used to make VHF broadcasting antennas and electronics located in radio relay facilities like police and fire radio stations. Besides, Teflon PCBs are perfect for ship and aircraft communications and for domestic microwaves.

Teflon PCBs are parts of nearly every high-tech electronic device for medical use. It is so due to their resistance to acids and harsh chemicals. The ability to withstand temperature fluctuations also plays a major role.

Some typical medical devices with Teflon PCBs inside are ones for medical imaging, wearable monitoring devices, and AI-powered robotic surgery systems. Teflon boards are known to be highly reliable, and cases of their failure are rare.

Military, aerospace, automotive, commercial manufacturing for multiple spheres: Teflon PCBs are a good fit for any of those. It is so because this material can withstand nearly any temperatures that electronics are commonly exposed to. It is also durable enough to be reliable and long-lasting.

It is difficult even to list all the applications that Teflon PCBs have. They are rather expensive components. So, it is likely that most domestic premium devices would have one of those instead of more affordable PCBs.

As previously mentioned, Teflon does not release molecules of air after being exposed to high pressure. It makes it a perfect fit for some specific applications like optical systems and electronics present in clean rooms.

In the first case, Teflon PCBs benefit the space industry by not allowing condensate to deposit on optical systems’ lenses. As for clean rooms that are present in any medical facility, Teflon PCBs do not contaminate them with released air.

Probably, you are a manufacturer and intend to run a new line for Teflon PCBs fabrication. Or, you are a technical enthusiast willing to DIY Teflon components for private purposes.

In both cases, you would benefit from learning several tips on how to approach Teflon. This material is different from conventional FR4, so with respect to PTFE properties, the recommendations are the following:

1. Surface Preparation. PTFE is naturally rigid, but it has a smooth surface that can be scratched easily. So you should not use hard pumice scrubbers, bristles, and composite brushes for its preparation.

You can be recommended to use plasma gas cycling or sodium etching to prepare the Teflon surface. The first method is simply the use of hydrogen and its ability to remove fluorine through an electric-aided chemical reaction. The second is the use of sodium etchants that strip fluorine atoms from Teflon surfaces.

2. Drilling. While drilling Teflon material, be sure to use a new, sharp drill bit. Set a slow feed rate and a high chip load.

Remember about the material’s rigidity and low thermal expansion coefficient. They do not let the material slightly bend, facilitating the drilling this way. So, you should prevent unnecessary mechanical stresses.

3. Copper Plating. The plated copper should have high tensile strength and ductility. It will prevent barrel cracks and pad lifts. It will also help against PTFE material blistering.

4. Laminating. In contrast to FR4 laminates, Teflon material does not require oxide pretreatment. Make sure to laminate the material at 450-500 psi and 371°C without the use of bonding films. It will help you to achieve the best outcomes.

Some manufacturers still like to use bonding films to reduce the processing temperatures to 121-218°C. But you would need oxide pretreatment this way. Such a process is similar to the one used to laminate FR4. Probably, factories that employ the same process for either material just cannot adjust their manufacturing techniques for some reason.

5. Soldering. Make sure to apply a solder mask within the 12 hours after your Teflon laminate was etched. It will help to prevent early oxidation.

Also, process the etched substrate using sodium etch or PTFE plasma cycle. It will improve the adhesion. You may also want to prebake your Teflon laminates prior to soldering to wipe out moisture.

6. Storing. You can be recommended to store any PCB in a cold and dry place that is not lit by sunlight. It is even better if there is not much ventilation, so surface oxidation and contamination are prevented.

You also should handle your Teflon PCBs gently. They are comparatively soft and not intended to sustain intentional mechanical stresses. 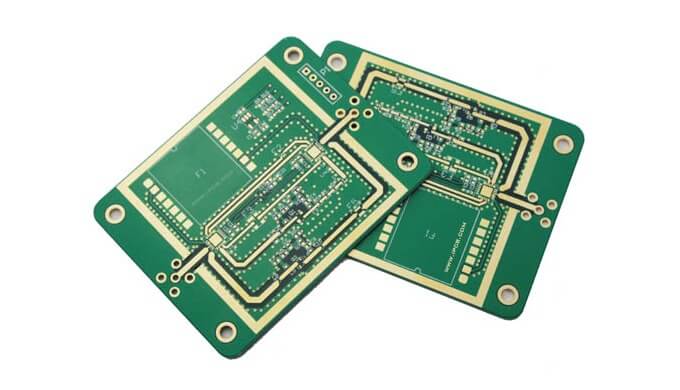 PadPCB has more than 10 years experience in PCB/PCBA manufacturing, including Teflon, FR4 and rogers PCB material. Conact us for a quote if you have new project.

Need any help with PCB or PCBA manufacturing? Contact us now.

PadPCB is a professional PCB solution supplier in Shenzhen, China. We help our clients with everything from PCB design to the final mass production….